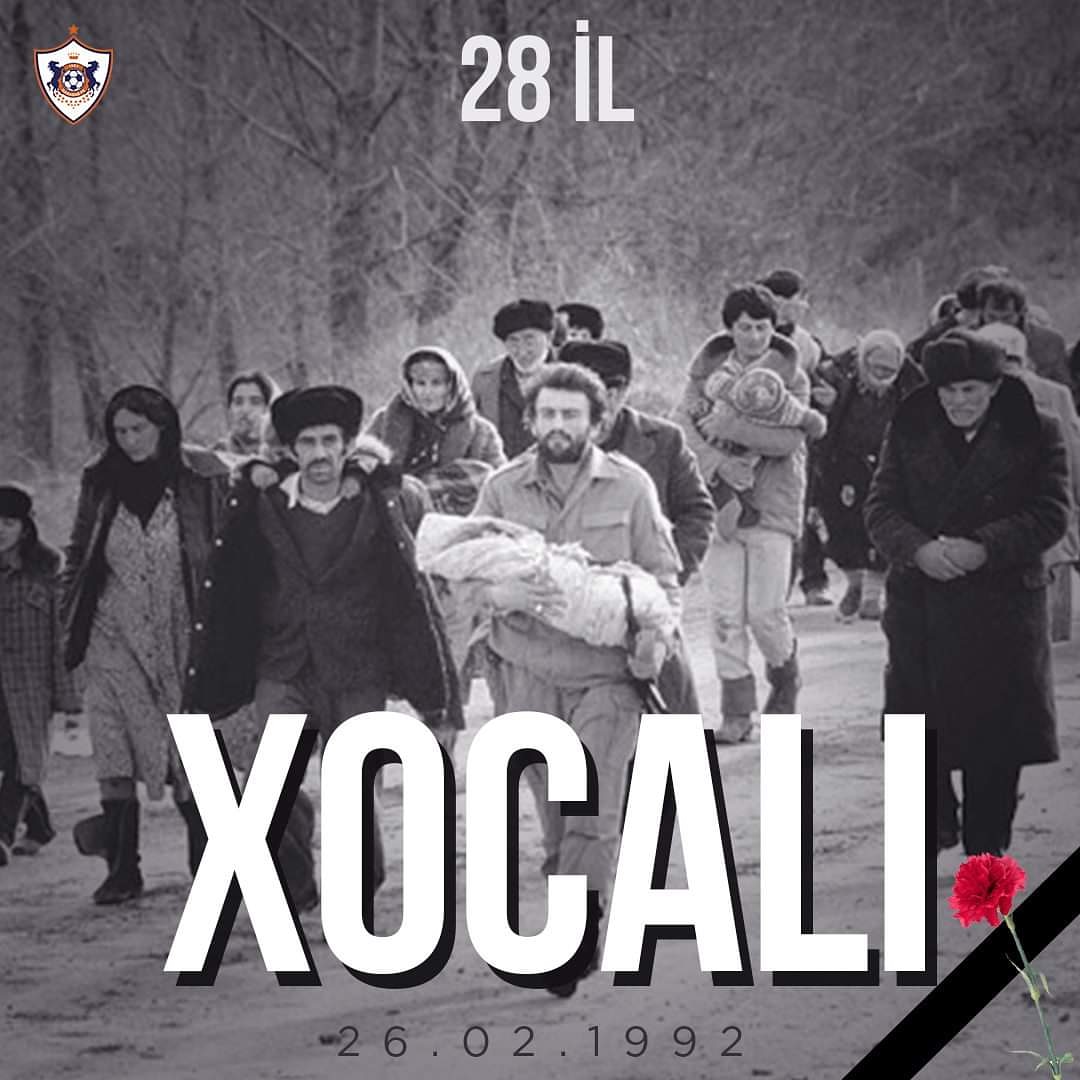 Today, Azerbaijan marks the next anniversary of the bloody tragedy.

28 years ago the Khojaly genocide was committed and Khojaly city was occupied by the Armenian armed forces, reportedly with help of the post Soviet army's 366th Motor Rifle Regiment.
At night of February 25 to 26, 1992, Armenian forces, with the help of the former Soviet 366th Motor Rifle Regiment invaded Khojaly. On the evening of February 25 constant gunfire began. 2,500 civilians remaining in the village left their territory with the hope to reach Aghdam. Armenians had started to shot the civilians.
As a result of this tragedy, 613 Khojaly civilians were killed in which 63 children, 106 women, and 70 elderly civilians are included. 8 families were completely annihilated. 130 children lost one of their parents, and another 25 lost both of them. 76 out of 487 people wounded by an enemy bullet were children. 1275 Khojaly residents were taken prisoner and 150 went missing.